Life can seem like a code  to which someone forgot to give us the key.  It can then seem full  of mystery (and not in a good way).  It can be challenging difficult and frustrating and painful.  And we can't find the key to deciphering it though we try and no one else really seems to know either.   Or we are sidetracked from looking for the code or we are told there isn't one.   Because the life codes are actually within us as well as all around us.  But we need to have some basic information about how you recognise and decipher them.  It isn't that difficult but someone has to tell you.  An  example is learning to listen to our own inner guidance.  This is as fundamental  code and is something that will guide you right even when  other people or our programmed beliefs from childhood and from what we have learned tells us differently.  If we do learn to listen though and act on our inner guidance and do it consistently it will lead us right.   Every time.  So that is a true code:  to learn to listen to ourselves.

But in families that are stressful and troubled which  the latest research indicates is probably most families, we grow up disconnected from ourselves.  So we are not able to listen to ourselves.  We are then lost.  Our heads are full of information and mis-information.  And we cannot tell the difference.  True knowing is experiential. It is what Peter Levine an animal physiologist and traumatologist calls the "felt sense".  It is what Aristotle called wisdom: knowledge- in- action.  It is personal knowing which no one can give you and no one can take away.  Knowing the true code is not just an intellectual thing like knowing who was the 15th president of the United States.  It is knowing in our heart our gut it is experiential personal knowing.   If we know something in this way we will act on it.  Knowledge which has no application in life has no value.  If something is right it works if it is wrong it doesn't  Truth works. Lies don't.

So why codebreaking?  It is so we can have successful fulfilled lives  instead of feeling that life is incomprehensible  and disturbing.  When we start codebreaking we start feeling that we are part of life. And part of a greater Life.  We feel connected.  We feel connected to the animals and plants around us, we feel connected to ourselves and  to other people.  There is a felt sense of belonging not as for many people a sense of isolation and alienation. And a terrifying crushing loneliness.  Like we are looking at life through a plate glass window.

Instead you know that when the birds come in the morning they have come to say hello to you.  That when the koala turns up outside your front door and starts his song it is because he is letting you know that he is there so you can come out and say Hi to him. Or as I do sing him my song.  It is knowing that the magpie sitting on the dog pen with fishing line wound around his foot he has come to let you know that his foot is sore and he expects you to do something about it.  Of course you do.

The spiritual law is written in our hearts and it is evident around us in Nature. It is also contained in what is called the Bible  though there is a true code to it being revealed.  It can only be discerned by a spiritually awakened heart.  This is a true code.  And what is revealed are the spiritual laws the codes for an effective life. Spiritual laws work and religious laws don't.    The spiritual law says we don't feel whole unless we are connected to the natural environment because we are part of those living organisms and beings and they are part of us.  For us to be whole we have to be in union with the living beings that comprise our biosphere.  One of the great Native American chiefs Sitting Bull wrote in a letter  to the American Government about the destruction of the land:  if people get too far from nature they get crazy.  That is absolutely true.  So the answer to the question Why codebreaking? is so that we can learn the true codes and make life the successful joyful adventure it is supposed to be and  learn to recognise false codes so we are not misled.. 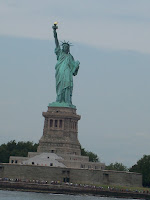 Posted by annamarie at 14:52 No comments:

Who are we really?

We are a spirit with a soul in a body.  I spent 6 months trying to have an "out of body" experience.  I had some strange things happen including getting stuck at my feet and coming back in my body and not being able to move for what seemed like a very long time: probably about half an hour.  But one sunny afternoon in Eltham  I flipped out of my body and went off on a journey leaving my body lying on the bed.  I seemed to go back in time to Vienna around the turn of the century and following the sound of a piano saw some hands playing the piano and they were old hands.  I realised they were mine.  I then looked out through the thick red velvet curtains on the street and saw horses and carriages.  Then I came back into my body.  I never felt the need to do it again.  I found I can travel further and easier with the mind.  But I learned that  I definitely was not my body.  Many cultures and all spiritual paths talk of leaving the body and of "astral" travel.

How do we know we are a spirit? the same way we know we are alive.  It is not something that can be justified by reasons.  It is experiential knowledge: personal knowing that can only come from experience.  It is what Peter Levine calls "the felt sense" a whole body awareness not an opinion or an idea which is intellectual.  Experiential knowing cannot be transferred.  If someone doesn't believe they are a spirit you cannot persuade them.  It is like eating a peach:  if someone hasn't eaten a peach you might be good at describing the experience but they will have to eat a peach for themselves to find out what that experience is like.

In the terms of modern physics  matter and energy are interchangeable (E =m multiplied by c (the speed of light 186,000 miles per second) squared).  Thank you to dear Albert (Einstein).   What we see with our senses as solid matter is really according to quantum physics vibrating packets of energy with large spaces in between.  According to the latest view in quantum physics the fundamentals of matter are not teensy weensy particles or quanta but rather can only be described in terms of the qualities of sound:  frequency and amplitude..  Basically this means the fundamentals of matter can only be described in terms that describes sound waves:  frequency: how fast are the waves are coming and amplitude:  how big they are.    This would be no surprise to Hindu teachings on spirituality which has since the Vedas were written 10,000 years ago regarded Sound as the basis of Creation.  Neither would it surprise  Christians Jews or any who reads the Codebook we call the Bible:  Genesis 1:1 says: "In the beginning was the Word......".  A Word is Sound made by a voice.  So to say we are a spirit is to say we are energy vibrating at a higher frequency in a body which is energy vibrating at a lower frequency.

However there are huge ramifications to accepting that we are spirits in a body. As someone said the body is our "earth suit" we can't live on the earth without one.  How did we get here? Where were we before we were in the body and where are we going after we leave the body? What is our relationship to the Great Spirit as the Native Americans so aptly  call the Spirit?  If we are a spirit with consciousness and awareness are other beings such as plants and animals also spirits in bodies?  Many would say undeniably Yes. I know my dog Grace has a soul and is an "angel with fur" and a spirit. 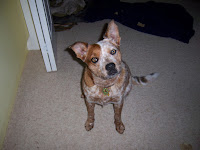 I know that my German Shepherd girl Taj who came to visit me often after she passed and  was seen by friends and family members) is definitely a spirit.   And can we commune with what people call the Universe (rather than using the religiously loaded term God)?   God is actually derived from a German word Gott which means a supreme being whoever and whatever we conceive them to be.   I prefer the Hebrew Yahweh:  when this is translated it means the yearning burning passionate one (Yah) who manifested  or fell from a higher to a lower place (hayah) by the Breath (ruach or spirit in Hebrew) which refers to the spoken Word.    Why? to make things whole.  The word translated incompletely as "save" means make whole in both Hebrew (yasha) and Greek (sozo).  Nice thought.

Sometimes we spend a lot of time searching for something which is right under or sometimes right on our noses (like glasses).  The spiritual law says the Word is close to you:  in your mouth and in your heart (Romans 10:8). Rumi the great mystic Sufi poet wrote  "My love, you are closer to me than myself" talking of the One whom he knew intimately as his Lover .  Jesus said "The Kingdom is within you".  Maybe we should make time in our busy, device-filled, distracting world to consider the question:  Who am I really?