Hello to all my fellow codebreakers.

I am going to talk about codes in important areas of life and I am going to start with something we all think about a lot: money. The true currency of life is ultimately not money it is attention. And whatever we put our attention on we merge with.  If we focus a lot on money we become obsessed with money and the more we chase it and hold on to it the more elusive it becomes and the more tired we become. One of the major codes we are taught about money is this:  if you want  money you go for it at any cost and hold onto it for dear life..  This is a false code and if you practice it it won't work and you don't win you lose  But the true code the one that works is this:  the more you give the more you get.  This is reflected in the natural  principle of sowing and reaping.  If the farmer sits on his or her porch with their bags of corn in the shed saying "I have this amazing amount of corn seeds in the shed - it is full to overflowing.  Look at my shed it is just bursting at the seams.  But there is nothing growing in my fields."  And you say: "Well, did you plant any seed?" and they go No.  If you don't put seed in the ground, meaning if you do not share and give (not only money but also money) as well as time energy attention information  you will get steadily more poor.  Howard Hughes, one of the wealthiest men in the world, lived on the top floor of a hotel which he owned, in Las Vegas, most of which he owned as well.  He had had an enormously successful life making movies and designing and flying planes: he was gifted, talented and handsome.  He had it all.  He died on the top floor of his hotel with a dislocated shoulder surrounded by people who were not  family or friends who only wanted to get their hands on his money.  He apparently hadn't left the hotel  for  many years.  He died in a distressed state.  He had all the money in the world and had nothing..

The bottom line is this:  the true code in regard to money is simple: Sow and you will reap.  Sow a seed of corn and it will grow a plant that has many more seeds of corn.  The same applies to money.  But also to any other thing we have to give: time, energy, attention, love, friendship, hope. And money.  It is a simple law of cause and effect also called karma and known commonly as "what goes around comes around".  We reap what we sow and don't reap if we don't sow.

Now the proviso is that we have to sow in good ground.  And to do that we have to consult our inner guidance, our inner GPS to work out where to sow. That same guidance will also tell us when and how much to sow.  But that is for another blog..... 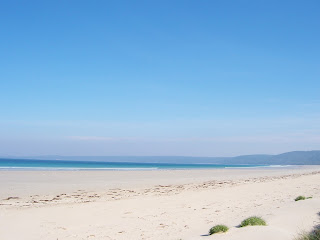